Lisa Clampitt, LMSW, is the founder and president of VIP Life, the co-founder and Executive Director of the Matchmaking Institute, a professional matchmaker and relationship expert for over a decade, a book author and a New York State Certified Social Worker since 1991. She was educated at New York University, receiving a BA in Dramatic Literature, and received her graduate degree, a Masters in Social Work, from the University of Michigan.

Lisa has been running her own successful matchmaking business since 2000 as well as co-founding the Matchmaking Institute in 2003 to set a code of ethics and strict quality standards in the matchmaking industry. It is the first institute offering a professional matchmakers trade association, matchmaking workshops and yearly world-wide profession conferences providing matchmakers with a network of peers & support.

Lisa is consistently sought after as a matchmaking and relationship expert and has had extensive National and international press coverage including ABC’s 20/20, the O’Reilly Factor, Time Magazine, Cosmopolitan Magazine, Forbes.com, Worth Magazine, Crane’s New York, the Wall Street Journal, the New York Times, Reuters and Today in New York among many other media outlets. 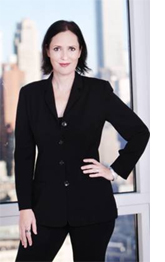 Lisa’s is also author of two books on matchmaking published in September 2007, Make Me a Match: The 21st Century Guide to Finding and Using a Matchmaker and Matchmaking From Fun to Profit: A Complete Guide to Turning Your Matchmaking Skills into a New Business

Lisa has been happily married for over seven years and lives in New York City with her husband and two children.

Copyright © 2003- Matchmaking Pro, Inc. All Rights Reserved - Reproduction in whole or in part without written permission is prohibited.